skip to main | skip to sidebar

Posted by Startints at 5:57 AM No comments:

Posted by Startints at 5:54 AM No comments:

Ashutosh Gowariker's meticulously researched sixteenth century period drama, based on the life and love of Mughul emperor Akbar (Hrithik) and his Rajput queen Jodha Bai (Aishwarya), is close to completion.

After filming a major war sequence in Rajasthan with Hrithik, the team recently returned to ND Studios in Karjat to complete the filming with Aishwarya who is due to join the Bachchans on the sets of Sarkar 2 in Hyderabad on July 20.

Filming is expected to wind up by the end of this month.

The final few days of filming have been dogged by mishaps and difficulties.

Early this month Hrithik is reported to have injured his knee badly while practicing a stunt.

The injuries forced him to rest at home and spend some quality time with wife Suzanne and son Hrehaan, though not for long.

"He doesn't want his injuries to cause any delay in the schedule. Even after his recent injuries, he has reported on the sets and is presently shooting with Aishwarya," says Hrithik's secretary Ashok Vasodhia.

Apart from the risk of injuries in filming war scenes, the other big challenge for the team has been filming with the animals.

"Apart from the actors, the film has 80 elephants, 100 horses and 55 camels for shooting. It's really difficult to shoot with these animals when they get out of hand," explained a Mid Day source.

The way things are, it looks like Hrithik Roshan may soon need to sport some evil-eye talismans to protect him from meeting with accidents on the sets of Ashutosh Gowariker's Jodhaa-Akbar.

Recently, the actor, who plays Akbar, hurt his knee while performing a major action scene. A source reveals, "Hrithik has just wrapped a schedule in Rajasthan where a major war sequence were shot. Now he's shooting at the ND Studios in Karjat with Aishwarya. A few days back, he suffered a knee injury while doing a scene which required him to do sword fighting with another actor. He was in pain and even consulted a physiotherapist."

When asked about the injury, Hrithik's father Rakesh Roshan says, "I am not aware of any such thing. He is shooting at ND Studios at the moment."

This latest incident is just one of the several mishaps Hrithik has met with while shooting for Jodha Akbar. The actor also met with a freak car accident a month back on his way home from the sets at Karjat.

The actor's secretary, Ashok Vasodhia says, "Jodhaa Akbar has many intense battle scenes. Hrithik has been injured on more than one occasion, but is keen on completing the shoot of the film on time. Such things keep happening. He doesn't want his injuries to cause any delay in the schedule. Even after his recent injuries, he has reported on the sets and is presently shooting with Aishwarya."

Rubbishing reports that the film is getting delayed he adds, "This is the last schedule of Jodhaa Akbar and they plan to wrap up the shoot by the month-end. There is no delay."

Another source from the film adds that the biggest hurdle on the film is shooting with animals. "Apart from the actors, the film has 80 elephants, 100 horses and 55 camels for shooting. It's really difficult to shoot with these animals when they get out of hand."

Hrithik Roshan hurt himself during a sword fight sequence earlier with Aishwarya Rai. As well, during rehearsals, he had fallen off the horse and was dragged over a distance. 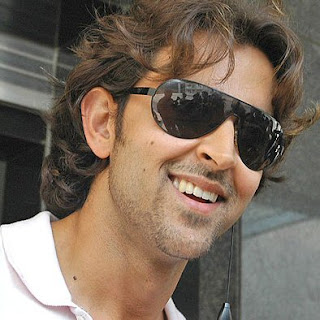 Posted by Startints at 12:51 PM No comments:

Who is better actor?